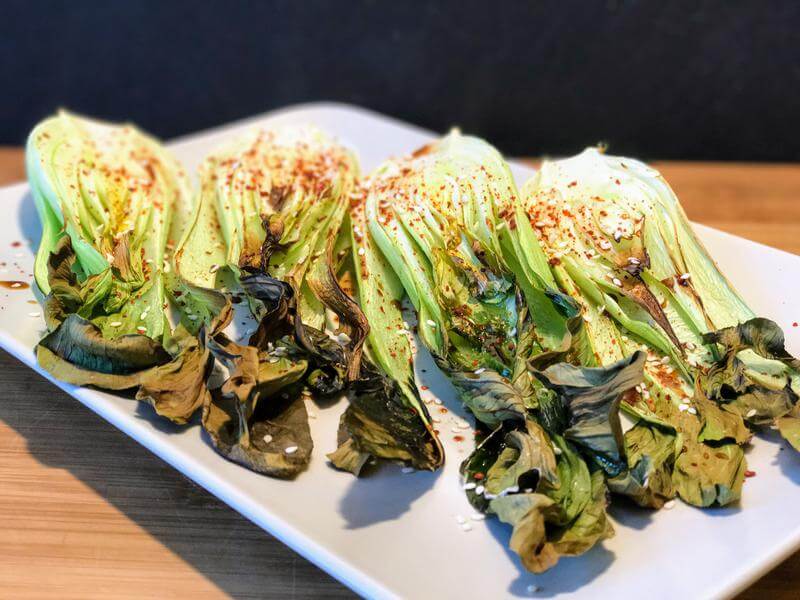 Pok choi is one of those ingredients where you would always cook it in the same way, namely steamed or chopped up and thrown into a stir fry.

Next time you have pok choi try roasting it and you’ll be pleasantly surprised!