I like a beer!  What man (or woman for that matter) doesn’t?  And with the the long summer nights, sporting events and bank holidays coming up the allure just grows stronger.

However at 256 calories for a 568ml can of Stella Artois and the after effects meaning I can’t smash my next mornings workout, I started to look for alternatives.

It was whilst watching the Winter Olympics at PyeongChang that non-alcholic beer came to my attention via this BBC article about all the benefits it gives you and the fact once the alcohol is removed it is an isotonic.

The German athletes especially were drinking the stuff by the crate : https://www.bbc.co.uk/sport/winter-olympics/43127307

Being health conscious and someone who doesn’t do well with artificial ingredients etc, I looked up the simple question…. how do they get the alcohol out?  Well simple school science was the answer!  Alcohol evaporates at 79c, water is 100c.  All they do is warm the beer up, let it all the alcohol evaporate away, cool it down and then put it in a can or bottle as normal.  I have since learnt that many such beers are not zero alcohol, the manufacturers can’t guarantee they got it all out so many are advertised as 0.5% to cover themselves.  But even if the alcohol content was just 0.5%, you would have to drink eleven of them to equal the same can of Stella Artois I mentioned earlier.

Now I am not going to lie to you, it does affect the flavour.  Remove any ingredient and the taste changes BUT after trying all the ones below (hard job but someone’s gotta do it!) I can confirm none taste bad and some are actually delicious!

So below are all the ones I have tried with my rating out of 10 AND the calories, but here are the ones i’ve tried in my preferred drinking order :

The lowest calorie one is Brew Dog Nanny State at just 26 calories, however I thought it tasted horrible!  But I see online it has a taste that divides opinion.  I like the Erdinger more than most ‘real’ lager if I am honest and if a bar has normal cheap draft lagers on and Erdinger in the fridge, I actually do choose it as I like it so much.

A number of the beers were kindly supplied by Good Stuff Drinks (https://goodstuffdrinks.com) which has a super handy calorie/nutritional list of non alcoholic beers, ciders & wines. [1]

As you can see from the list above, the gifted drinks whilst enjoyed didn’t automatically put them to the top!

[1] Please note, any 3rd party links are being provided as a convenience and for informational purposes only; they do not constitute an endorsement or an approval by The Lean Cook of any of the products, services or opinions of the corporation or organisation or individual. The Lean Cook bears no responsibility for the accuracy, legality or content of the external site or for that of subsequent links. Contact the external site for answers to questions regarding its content. 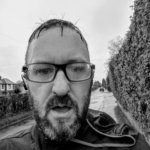