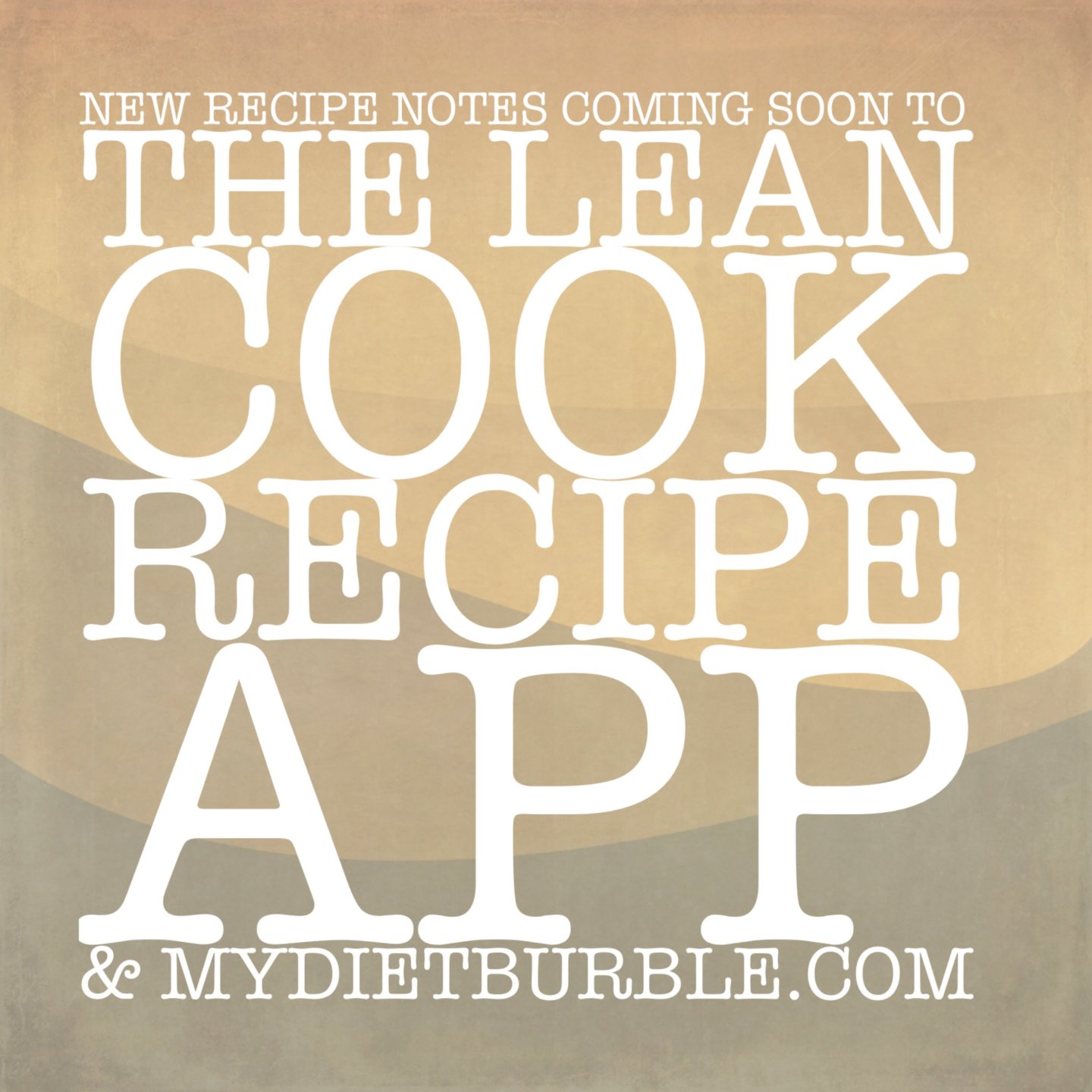 Many of you will know by now that I’ve been on the 90 Day merry-go-round a couple of times already.  I remember my very first Cycle 1 being difficult, and had I not known about Cycle 2 having a pick and mix list of ingredients to enable you to make your own recipes, I’m not sure I would have stuck with it.

The 90 Day community is buzzing with the release of the new and improved plan, and I’ve taken the opportunity to go the plan thoroughly and I’ve asked the wonderful support heroes many questions and I’m delighted to say that all of the recipes in The Lean Cook app and on mydietburble.com are suitable for this new C1.

I will be adding notes to each recipe, but in the meantime here’s what you need to know!

Q.  Carrots are a new vegetable to pick and mix, so is it possible to swap carrots for baby corn?
A.  Carrots and baby corn are interchangeable as they are very similar in terms of macros/calories.
Q.  When using lettuce/salad, I know limit the number of times but is still still classed as a green like rocket for instance?
A.   Yes, lettuce is still classed as a green veg, but can be used together with rocket and/or other green leafy veg such as spinach, kale etc.
Q.  I love that there are no weights for the veg, but are there limits as to whats considered reasonable usage in a recipe?
A.  Yes, you can now enjoy as much veg as you like!   I’d say a big handful is what you should aim for, but more or less is fine as they don’t affect your macros much, they just add vitamins and minerals.   Some veg may contain more sugar than others, but in general it’s fine to enjoy unlimited amounts.
Q.  The old plan had entries for sweet and new potato.  Are new potatoes now just classed as generic potatoes?
A.  Yes, all potatoes are equal now, so please feel free to swap sweet potato for new potatoes and regular potatoes if you need to.
Q.  Old plan had turkey thigh mince for rest days and breast for training.  Can we now use either?
A.  You can still use chicken and turkey mince as long as it’s lean breast mince, swap chicken/turkey breast for this instead.
Q.  Previously smoked salmon had different weight allowances to salmon fillet but the swaps page shows a generic entry for salmon.  Are they all equal now?
A. UPDATED: 100g of smoked salmon would give you 66g of salmon fillet (30% reduction). The reverse swap would be a 30% increase.
Q.  Chicken sausages are in a set recipe but not pick and mix.  Is that an oversight as it’s really a staple for many or can we no longer have it because people didn’t get that it had to be chicken breast and not just any old chicken sausage?
A.  Chicken breast can be swapped for lean chicken/turkey breast sausages, but reduce grams by 25%.
Q.  Sweet chilli sauce is no longer on the side sauce list, but if we match the macros of the curry paste can we still include it?
A.  Yes, any sauces can be used as long as they match the macros of the sauces provided in the plan.
Q.  Are we permitted to use Walden Farms near zero sauces like before?  BBQ & ketchup for example?
A.  Walden Farms sauces are still fine to use as they don’t contain any calories, although they don’t add any nutritional value, just flavour!
Q.  What’s the advice on carb kills bars?
A.  Carb Killa bars are still fine a couple of times per week in place of a snack, but we would like to move away from offering this as natural snacks always win!
Q.  My pick and mix mentions greek & natural yogurt, but it doesn’t say if its fat free or not?
A.  Yoghurt can be any fat % as it’s now a smaller amount that previously suggested.
Q.  Is there a restriction on how many times a week you can have fruit as a snack?
A.  Previously the fruit option in your snacks could only be had a few times a week, you are now free to have this snack as many times as week as you like.
Q.  Has the concept of a post workout shake now gone or can we still make with almond milk?
A.  You may still have a post workout shake, but only made up with water.
Q.  Cheese as a fat source.  The old plan stipulated cheddar, mozzarella and feta.  So are we unrestricted as to the type of cheese?  Halloumi would be amazing as would cream cheese and a little stilton and parmesan for instance!
A.  You may have any cheese as a fat source as long as it’s not an overly salty cheese. Cheese like halloumi should be limited.   Cream cheese is unfortunately not allowed.
Q.  Deli meat used to be an option, but could we swap chicken breast for chicken deli meat for example gram for gram?  People are already mourning the loss of a Bub!
A.  Unfortunately no deli meat either, you can cook chicken breast and slice it up for the BUB.
The Lean Cook app and mydietburble.com recipe notes will be updated in time, but all the information you need is here for you to refer to in the meantime.  NOTES HAVE BEEN UPDATED.
Good luck and happy cooking!