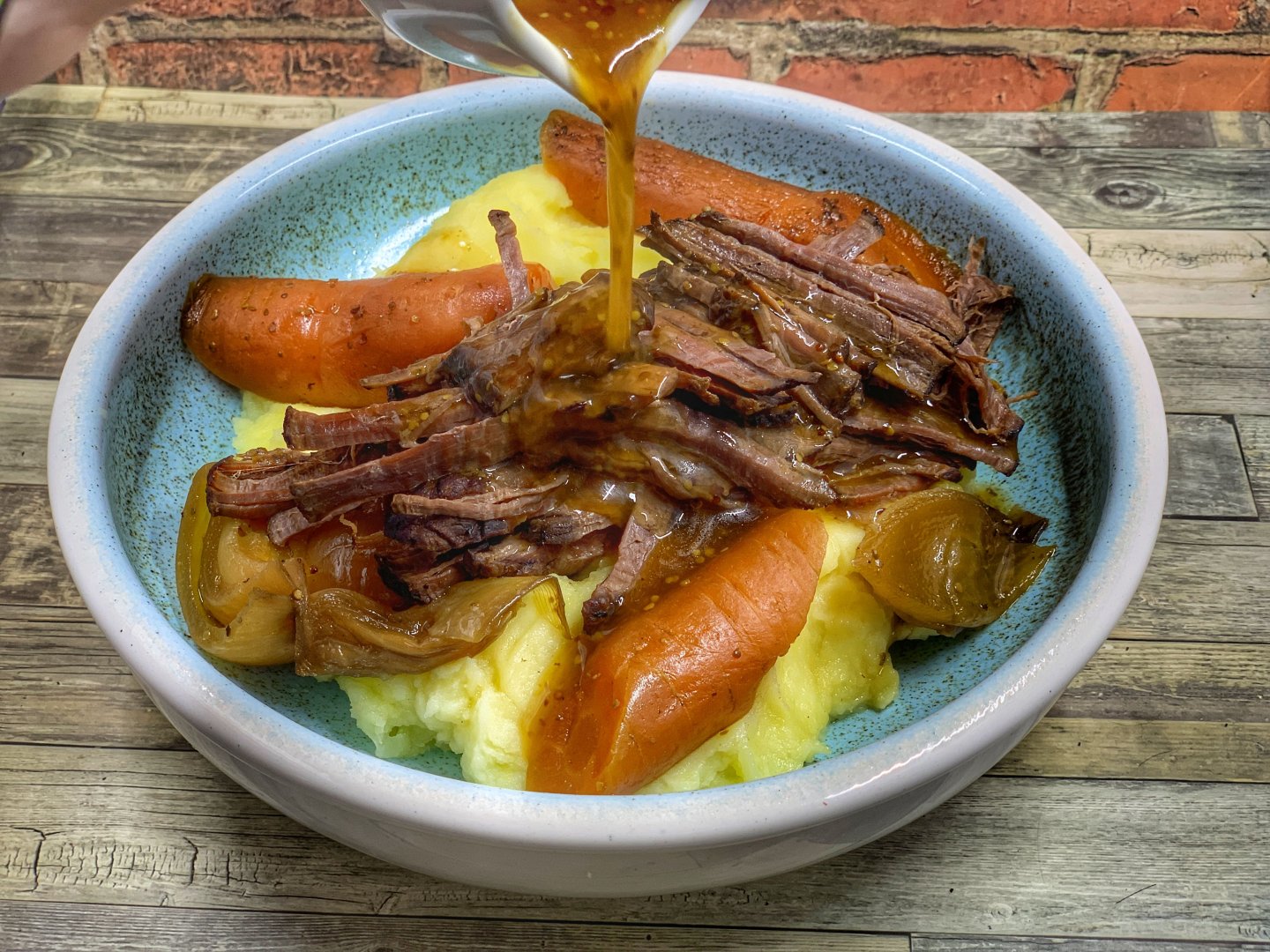 I love to buy a joint of meat at the weekend to eat over a few meals.  That’s not to say that each meal has to be the same.  Take this piece of beef for instance, Mustard and Marmalade Slow Cooked Beef Brisket is the ‘mother’ recipe and it was tumbled down to another recipe which was just as delicious!

Think about how you can take advantage of a larger piece of meat that’s often cheaper per kg and all the delicious meals you can turn it into.

This dish can be made in a slow cooker or your oven.  The instructions will be for a slow cooker but easily adaptable for the oven.

(Example ingredient amounts given, adjust accordingly to your requirements)