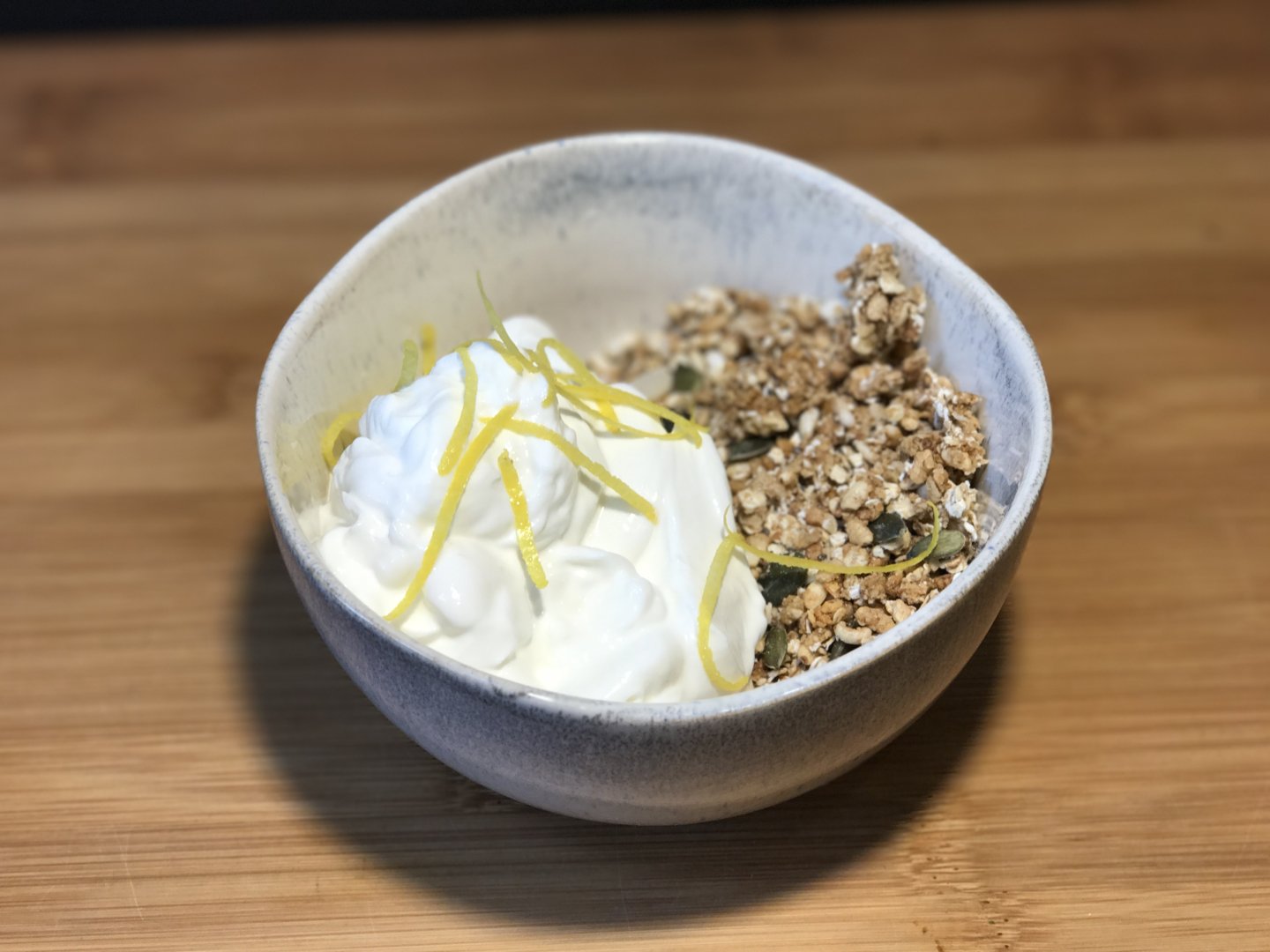 Although I’m not a fan of breakfast cereals, I feel that my 90 Day SSS experience will be easier if I have Joes Granola a couple of rest days a week, so the other day I bought all the ingredients and gave it a go.  He has a version on his website that you can follow, but the one in my  plan differed slightly as it was tailored to my personal macros – I am on the 90 Day SSS Plan after all!

******For anyone making Joes Granola using the updated recipe (uses agave instead of sweetener), please go to the bottom of this post for additional information.

I’ve read lots of stories of granola mixes being dry after having the fluids added, having extra liquid added, then not quite drying them out in the oven and going mouldy in storage.  I’ve copied Joe’s method below and added my own notes in green as to what I did during the making to help you.

Also top tip : You can dilute normal juice 50/50 if you have trouble finding low sugar juices.

Below is the original method, text in green are my notes & changes.

Preheat oven to 180 °C.  I think this is too high making burning the granola a strong possibility, so I did 140 °C instead.

For granola liquid: In a medium sized saucepan add the pineapple juice, apple juice, sweetener and coconut oil. Bring this mix to the boil and continue to simmer so the liquid begins to reduce and thicken. Allow to cool slightly.  Make sure you use all the sweetener in the recipe because it helps to bind the mixture.

For granola: In a big mixing bowl combine the oats, puffed rice, oat bran and cinnamon.  You need a massive container for mixing.  I was going to make the mix in 2 bowls but this would make adding the liquid and nuts at the end evenly tricky, so I used my sunday roast oven dish.  As you can see from the images, it was very full!

When the granola liquid has cooled, mix through the oats mix.  This is where some people panic.  Think of it like making the base of a cheesecake.  You’ve got your crushed biscuits and a paltry amount of melted butter to add.  But keep stirring and you will be able to coat the mixture, BUT it’s not going to be obvious clumps at this stage.  If you want a clumpier granola like the video shows start by adding 200ml of water and then give it all a good stir. Add more water if you feel you need to and stir again.

Line a baking tray with non-stick paper and evenly spread the mix about half an inch thick. Cook in oven for 35-40 mins, keep an eye that it doesn’t burn. Give it a good mix every 5-10 mins. Continue cooking if the mix still feels a little soggy.  Firstly, you’re going to need several shallow baking trays as there’s so much mixture.  I used 4 as you can see in the pics.  2 were lined with foil that had a non stick surface, and the other 2 were disposable tray bakes.  Secondly I think ‘cook’ is the wrong term to use.  What you’re actually doing is drying the mixture out, a bit like making breadcrumbs.  By reducing the temperature as I did and increasing the oven time to around 2 or so hours, you’re less likely to cook or burn the ingredients.  Check on the granola from time to time and reduce the oven temperature if need be.  This should be a low and slow process. And thirdly don’t stir the mix as it’s baking.  There’s no need – see the youtube video, there’s no stirring during the drying out process.

When cooked leave to cool, break up into chunk’s and mix in the almonds, pumpkin seeds and flax seeds. Store in an air tight container.  When you’re happy the ingredients had dried out, leave it to cook in the oven, but leave the door ajar, this will prevent condensation forming.  When the mix is cold, put your original mixing container onto the kitchen scales, hit zero and weigh the dried out ingredients and the final seeds.  This way you’ll be able to work out your portion size – makes 16 servings.

To serve: Add 1 portion to a bowl and serve with some greek yoghurt and some fresh berries.  No berries if you’re on the 90 Day SSS but I was pretty happy with my breakfast yesterday!

For anyone making Joes Granola with the updated recipe (uses agave instead of sweetener), but reduce the water amount to 200ml and check the granola’s progress every 30 minutes. Agave is sugar and unlike sweetener it will burn.