Warning: array_intersect(): Expected parameter 2 to be an array, null given in /home/customer/www/theleancook.com/public_html/wp-content/plugins/page-or-post-clone/page-or-post-clone.php on line 123
 Italian eggs with salsiccia - The Lean Cook 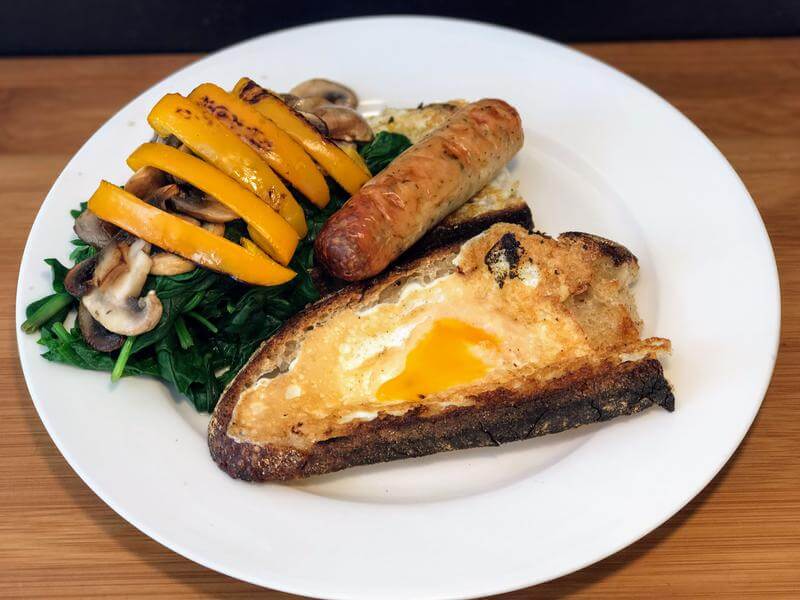 Many years ago I watched the movie Moonstruck with Cher in the lead role.

There’s a scene where she makes a version of this recipe.

She takes a slice of what looks to be really good bread, takes the middle out and fries an egg in it.

Then it’s topped with some home made roasted peppers from a jar.

This recipe is a lean version of that dish and it’s one of my favourite breakfasts!