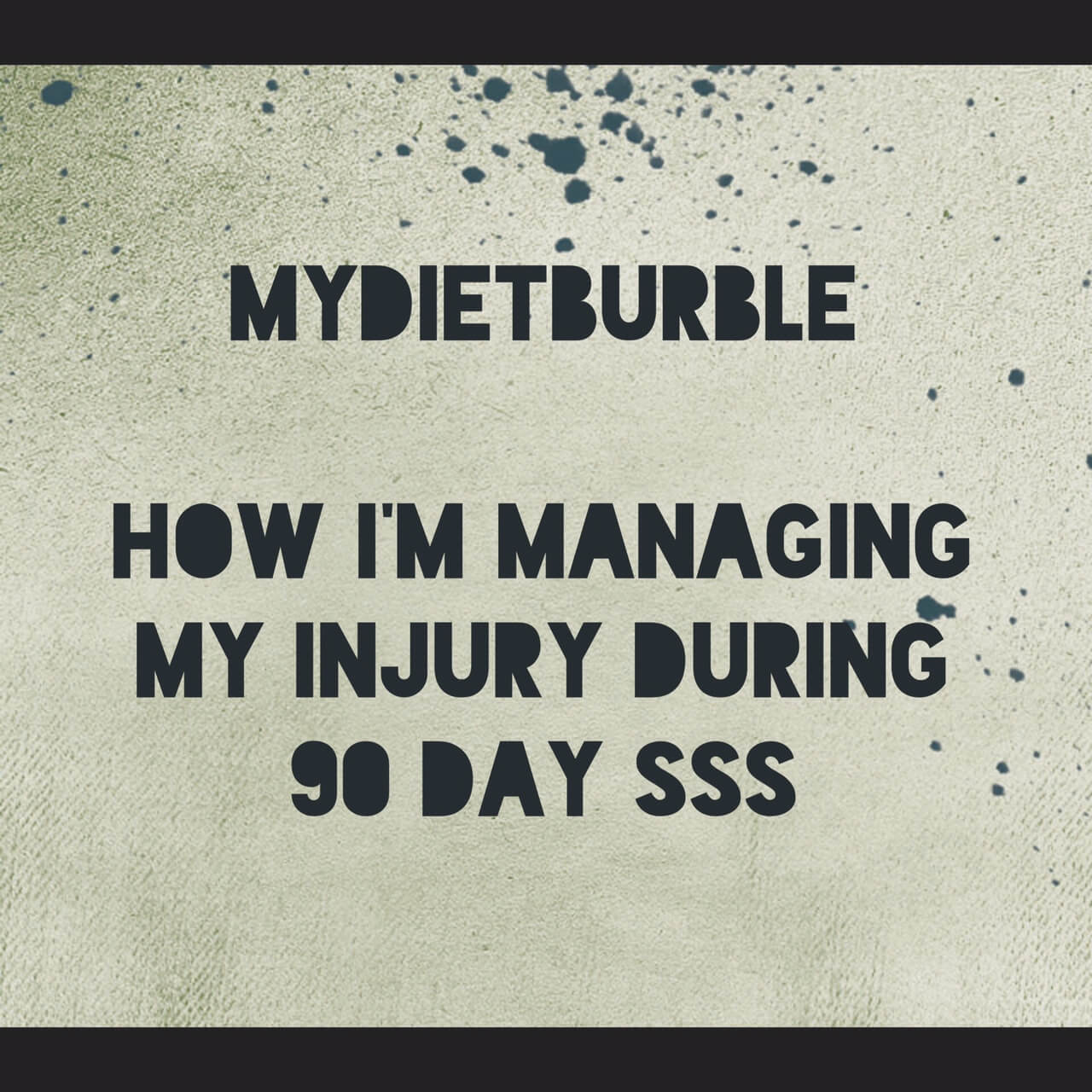 Saturday 17th December was officially my first day of Cycle 2, but I was due to start a week earlier.  If you read my C1 review you’ll remember that I mentioned that I was suffering from plan fatigue and in the end I had to delay the start of C2 due to injury.  I can’t say that I was gutted because I felt utterly exhausted. The last time I felt this way was just before I experienced a fast ride in an ambulance back to the hospital that delivered my babies only a few days before.  This time I had no temperature, just extreme fatigue and very sore/tight shoulders and neck muscles.  Mr Burble made the decision to delay the start of C2 until I was better and I didn’t argue the toss. It’s not often he’s right but this time he was, but don’t tell him I said that!  That afternoon I took myself off to bed while the children rested and had a little rest, but my neck was starting to seize.

I’ve got a history of problems with my neck. Years ago I was involved in a minor car accident and suffered a whiplash injury and ever since I’ve had problems in that area.  I wasn’t very good at managing it when it arose. I tried a McTimmony practitioner and that didn’t work for me.  One time I was in agony and booked an appointment with an Osteopath.  I walked in with my neck in spasm and walked out feeling much much better and a lot more comfortable.  Together we managed my neck problems and over time it became less of an issue.  I find tiredness brings about tension in my neck and shoulders which can develop into a migraine so I’m quick to act if I need to.  We moved house last September and it was a very stressful move.  We had to put our belongings into storage and move in with family.  Our babies were only 6 months old at the time and during that time one of our dogs passed away unexpectedly and it hit us hard.  For anyone who has dogs they are your family, Kimi to us was very much a huge part of our family who we’d loved for just over 10 years.  We eventually moved into our new home and the hard work began.  My old neck pains surfaced and Mr Burble persuaded me to seek treatment.  I did a little research and found an Osteopath. We spoke on the phone and I was happy I found a new guy. Well how wrong was I!  If I’d taken the time to look at this practitioners website I will have seen that he has a holistic approach, not at all what I was looking for.  I wanted a little manipulation followed by swift realignment (crack!).  What I got was entirely different.  He gave me a lecture during which I smiled throughout hoping that if I listened I’d get what I came for, instead I got lots of jeans wafting (it was as though I had terrible creases in my jeans around my lower leg and he was using his hands to straighten them out – couldn’t be further from my neck if he tried!).  Next he moved on to my shoulders, I got my hopes up but instead he executed some strange move that made my boobs jiggle without touching them (that’s a neat party trick!).  He did eventually touch my neck but it wasn’t the treatment I expected nor was used to.  It’s not surprising that he didn’t sort the problem, I didn’t go back and to be fair I’ve done a pretty good job at managing any problems with rest but this time this hit me hard and fast.

There have been a couple of occasions since starting 90 Day SSS when on a rest day in C2 I’ve snuck in a cross trainer hiit sessions to ease the tension and it had worked a treat before, but I didn’t feel this would be of any benefit and Mr Burble suggested I did the stretching video which was part of the T25 program we’d followed.  I did feel a little better but I was very cautious when stretching out my shoulders, neck and back so I was back to square 1.  Mr Burble was ready to pack me off for a sports massage or to find a new Osteopath, but it’s a very busy time of year for us and taking time out really wasn’t my first choice.  I knew if I got more rest and cook a combination of pain killers/anti inflammatory meds I would start to improve and this is exactly what I did.  Joe Wicks does talk about the virtues of sleep and how it aids muscle repair and growth. The trouble is lately we had 2 poorly toddlers to care for with several disturbances during the night and that can soon take it’s toll.  After a few days of meds and absolutely no training, active rest or otherwise I started to feel better.  During that time I ate reduced carb meals but at breakfast time I did partake of a slice of toast with my macro calculated smoothie as it’s not a good idea to take these meds on an empty stomach.

All in all I know I’ve started C2 a little later than I planned, but I feel happy with how I’m managing my injury. I’m delighted to say that we got up stupidly early for a Saturday (the birds in the garden were still scratching their @rses and rubbing their eyes!) and we were leaping around the kitchen doing a T25 Alpha cardio session while the children watched on from the lounge waving and giggling.  Then as the children ate their Weetabix (other breakfast cereals are available) we completed our weights session again while the children watched.  When we delayed the start of the cycle, I didn’t see the point in soldiering on with training as I could risk a greater injury and my efforts would be half-@rsed to protect my injury.  If there’s one thing I’ve learned from this process is that if it’s worth doing, it’s worth doing to the best of your ability, then at the end of it you can’t regret not giving it your best shot.

So whatever your injury, whether it’s a long standing one that resurfaces when you least expect it, or if it’s something new, come up with a plan to manage it and get treatment if and when necessary.  Sometimes these things don’t go away without assistance, so I’ve got an appointment with a new Osteopath on Thursday (22nd) and I’m hopeful they’ll treat my neck, nothing requires jiggling!