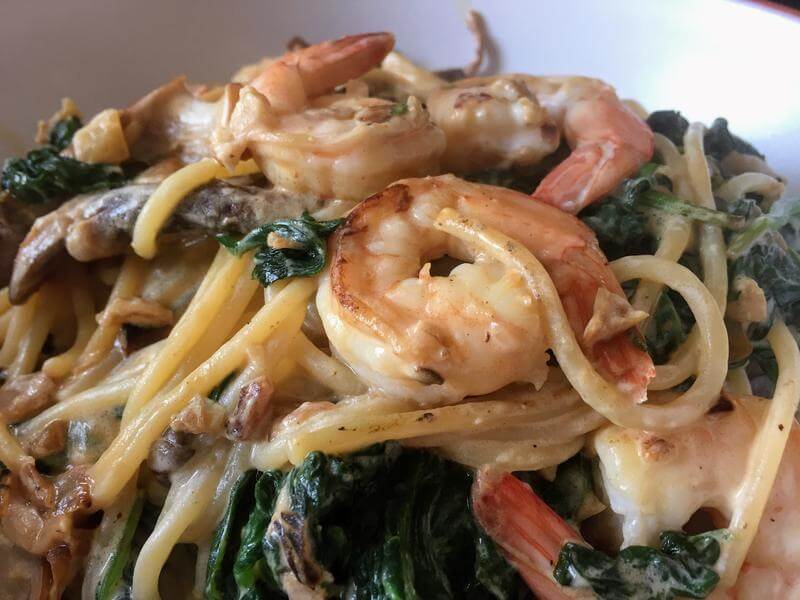 So here’s the thing, when me and my Mr go out and have mussles he goes for the spicy tomato sauce and I go for the creamy wine sauce.

There’s no wine in this recipe mores the pitty, but I do love a creamy pasta sauce every so often.

It’s worth making the effort to have what you want to eat.

There’s nothing wrong with the tomato version of this recipe, but there are times when I favour a creamy sauce!