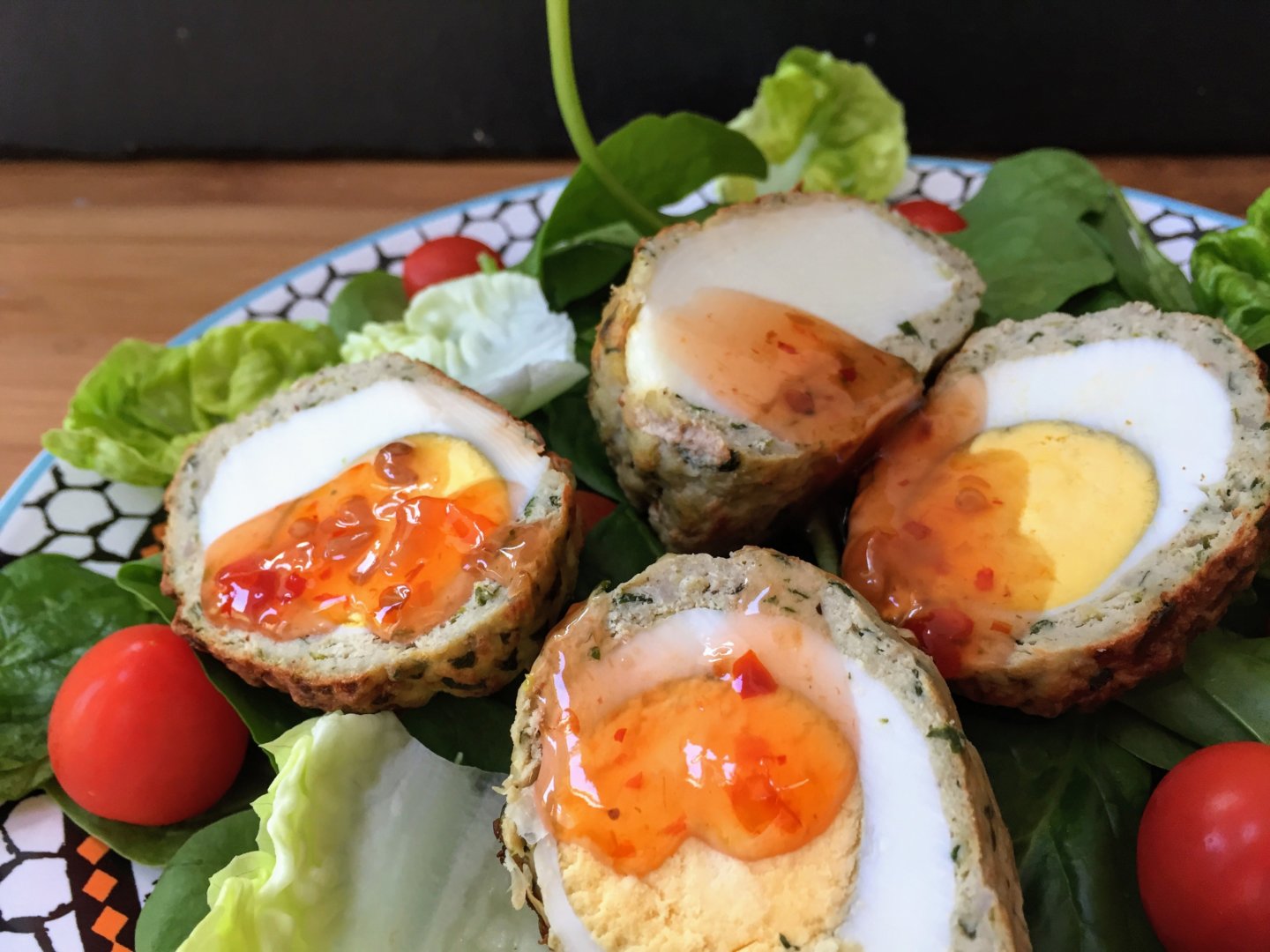 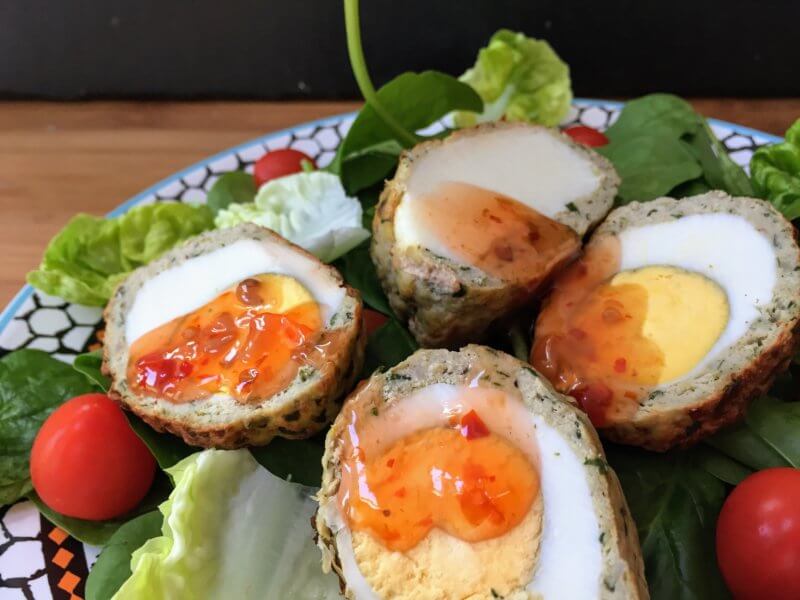 I love scotch eggs, freshly made ones not those mass produced things sold at supermarkets. I’ve wanted a scotch egg for ages but I’ve managed to make a lean version that is really simple to make, tasty and doesn’t need a deep fat fryer!

(Example ingredient amounts given, adjust accordingly to your requirements)

I am an MNU Certified Nutritionist and offer group coaching as well as personalised services.

My app has over 330 of my recipes with calories, macros,automatic adjusting of recipe ingredients to meet calorie goals, shopping list generation and much more.

Learn More About The App

The first app of its kind to deliver a virtual pacer and trainer into your pocket and is even compatible with Strava.

Run Faster – Use the virtual pacer to reach your goals.
Run Longer – Set the pacer to your perfect long distance speed to build endurance.
Get Stronger – Use the tempo & interval modes to nail your training plans.